Regardless of where you may wander in this great country of ours, it’s difficult to go to a town or a city without bumping into someone who has been to Mount Morgan, has lived or worked in Mount Morgan or has family living in Mount Morgan.

This community has played an integral part in the lives of many Queenslanders, Australians and internationals. Such was the nature of one of the richest gold mines in the southern Hemisphere. Like the gold discoveries throughout the world Mount Morgan attracted its share of migrants – people who came here to make their fortune or merely to find a job. These pioneers of the Golden Mount were the founding fathers and their legacy is celebrated on a daily basis as locals and the like recall the “glory days” of the town.

Forty two  years ago, a festival began. Morphed from the “Back to Mount Morgan Week” and the Springtime Carnival, the Golden Mount Festival has become one of the longest, if not the longest surviving festival in Central Queensland. Like the mine before, it has endured, often against great odds.

Throughout its 42 year history the Golden Mount Festival has run a variety of events and competitions but none as enduring as the Gold Dig and Running the Cutter. Both of these events have been loosely based around the traditions of the past.

Another important aspect of the Festival has been the annual themes. These were started in the Year 2000 and have ranged from the simple “Back to Mount”, “Reach for the Stars” to this year’s theme of “OUT OF THIS WORLD!”.

Since inception, the Golden Mount Festival has been assisted by Mount Morgan’s service organisations – Rotary, Apex and Lions, the Community Service Club, Emergency Services, Fire Brigade, SES, Police, Ambulance and Calliungal Rural Fire Brigade. Some contributions have been greater than others, but all have been appreciated.

Over the years in excess of $300,000 has been raised by the quest entrants and the greater part of this was contributed to community projects such as a St Mary’s Village unit, the Squash Courts and heated lap pool. Contributions have also been made to the Ambulance, SES and others.

The Golden Mount Festival Association, Mount Morgan Incorporated (organisers) is a small group of volunteers whose passion for the community of Mount Morgan has been the driving force behind making it one of Central Queensland’s longest running events. 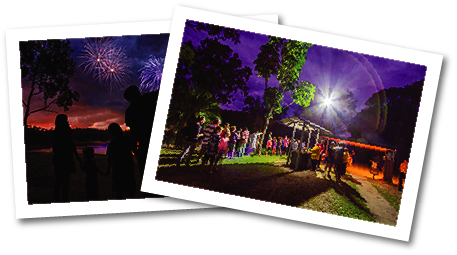